Years ago in my neighborhood, before the developers moved in, the lot next to our townhome was vacant—and it was dotted with multiple volunteer holly trees of varying sizes. I had long visualized chopping down one of these invasive hollies and using it for a Christmas tree, so one year, when it was Dec. 23 and my husband and I still hadn’t bought a tree, we went for it. Just before dusk, we cut down one of the hollies (which was no easy feat!) spray-painted it silver and moved it inside.

This turned out to maybe the worst plant-related idea I’ve ever had.

The painted tree gave our home a holiday feel, but the smell was anything but festive. It began off-gassing so badly that we couldn’t keep it inside for more than 24 hours—after our Christmas Eve festivities, we gave up and moved the tree to the balcony. To be fair, it did look nice out there, and it remained for the rest of the season. 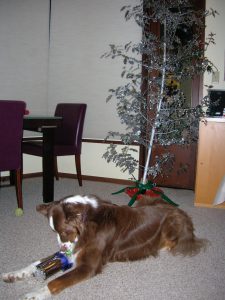 Then, adding insult to injury, about a week later I noticed that a dusting of the silver paint had made its way onto one of my favorite pairs of black leather boots. (Spray-painting a tree is bad enough, but doing it in the dark brings other issues, apparently.) I’m lucky that this gave my boots an interesting “fairy-dusted” look instead of ruining them, and they serve as a great reminder of what now is a pretty funny story. 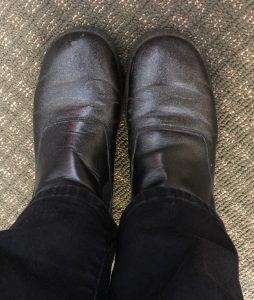